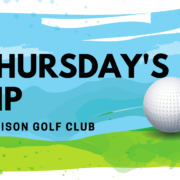 When asked to explain how he has picked up 20 yards with the driver over the past three seasons on the PGA Tour—yet, still puts it on the fairway—Francesco Molinari says, “I took the brakes off.”

Leave it to an Italian to use a sports-car metaphor.

Coming off his best year as a professional golfer in 2018, in which he won the Open Championship and the Quicken Loans National and went 5-0 in the Ryder Cup, Molinari is now in the “300 Club.” He averaged 301 yards off the tee on the PGA Tour last season, up from 281.6 in 2015. As if that distance gain wasn’t impressive enough, he did it without ruining his reputation as a fairway finder. Molinari averaged 64.3 percent of fairways hit and finished seventh in strokes gained/off the tee.

When you don’t hit it very far on the PGA Tour, you’re essentially left with a choice: Focus on the tournaments on shorter and tighter courses, or try to get longer off the tee. The former isn’t very appealing, considering the majors and most of the other big events are on courses calling for longer tee shots. But the latter is risky.

“They say it can ruin your swing, and I know it probably has for some players, but it wasn’t a concern for me because we did it organically very well,” says Molinari, who met with Golf Digest in late October at his home course, The Wisley, southwest of London. “It wasn’t like one day I showed up on the range and said to my coach [Denis Pugh], ‘Let’s try to hit it farther.’ This took years to do. Luckily, I’ve found that the harder I swing, the better I hit it.”

Read below to learn how Molinari got an extra 20 yards. —Ron Kaspriske

Freeing up the backswing
Molinari used to take the club back by rotating away from the target with his upper body while resisting that rotation with his lower body. Now his right hip rotates in unison with his trunk (below), and he’s able to make an unrestricted turn and store more energy for a faster through-swing. Molinari’s swing speed has gone from 107 miles per hour a few years ago to an average of 113 mph.

“I used to feel so much tighter, more tension in my back muscles,” he says. “Now I have more freedom of movement.” Pugh says the goal was to have him take the club back “as high, tall and as far as possible.” Even to the point where his left heel has to lift off the ground to accommodate the bigger windup. “It’s not something I’m consciously trying to do,” Molinari says. “The left heel is just rising because of how much freer I’m turning.”

Loading even more from the top
With his back facing the target and his arms feeling like they’re farther away from his body (below), Molinari is in position to pour on the power. But it’s the next phase of his swing—one that he’s still working on— that could make him even longer. “In practice, I would consciously squat as I started down with the club,” he says. “From there, it felt like I was jumping off my left foot, which fired the club into the ball with a lot of energy. I think that’s where we’re trying to go in the future—put that move in play.”

RELATED: Francesco Molinari on going head-to-head with Tiger, dealing with pressure and recalling a group cry

Molinari has spent a lot of time with performance coach Dave Alred getting stronger and more flexible. Their work is evident in the power Molinari can generate with his legs, Pugh says. “Power doesn’t come from technique, it comes from physique,” he says. “The goal was to get him as strong as possible to create more power in his swing. But we had to make sure his technique didn’t block that newfound energy from being utilized.”

Hitting with the right side
Players such as Rory McIlroy and Cameron Champ are able to generate whip-like action in the downswing by firing their hips toward the target independently of their torsos. Molinari says he’d love to generate power the same way, but he physically can’t. “I had to find a different kind of power move,” he says. In the past, his swing speed was largely created by his hands and arms—a big reason he averaged only about 280 yards off the tee—but now his trunk is much more involved. “My right shoulder used to stay back as I swung down, still close to where it was at address,” he says. “Then the club would race out in front of me. Now I’m really trying to feel a lot more shoulder rotation in the downswing—especially the right shoulder [above]. I feel like it’s pushing down toward the ball and also toward the target.”

Releasing the brakes
Looking back at his former swing, Molinari says he was probably using only 70 to 75 percent of his potential effort. “Since that time, I’m putting a lot more energy into it,” he says. “Don’t get me wrong, it’s not like I’m swinging out of my shoes. I’m just maximizing what I’ve got.”

The key was getting him to swing harder while maintaining balance and still finding the club’s sweet spot, Pugh says. “You can give up some accuracy going at it like this,” he says, “but would you rather be a few feet off the fairway in semi-rough or 25 yards back in the fairway? The goals were to get him physically stronger, making a bigger backswing and creating speed more with his body rather than his hands.” Getting back to Molinari’s sports-car metaphor, Pugh finishes by saying, “Applying the brakes in a turn on a racetrack is safe. But we wanted to know what would happen if We didn’t go safe. Now we know.”

When I meet golfers who’ve been struggling with a slice since day one, I know I’m going to have some fun. Why? Because I can straighten their ball flight, even teach them to hit a draw, in a matter of minutes. Getting in the correct positions is easy. Beating a slice is ultimately about commitment and good habits.

If you’re like most slicers, the first fix you need is in the setup. Close your feet, hips and shoulders so they’re pointing to the right of your target. This takes some faith because you’re shifting in the direction you want to avoid. But a closed setup does two things: First, it makes it easier to turn back and complete the backswing. Second, it slows down your hip turn on the way through (above), which allows your hands and arms to drop to the inside and swing out to the ball—the first step to hitting a draw.

Easy so far, right? Well, the next step flows from the first. From the top, focus on making a smooth body turn through impact; don’t let your body spin open, as a lot of slicers do. (This is where the closed setup will help.) The key is, you want your arms to swing past your body, because your trail arm will roll over your lead arm, closing the clubface (above). That’s the second step to hitting a draw.

So set your body closed, and let your arms go past you. You’ll love what you see.

WHEN IN DOUBT, BENCH THE DRIVER

There’s nothing impressive about grab-bing your driver on a tight hole if you end up flaring it into the junk. Taking a more lofted club makes good sense because more loft means less curve. So the same impact with a driver versus, say, a 5-wood can be the difference between having a shot to the green and being out of play. Hybrids are good choices, too, because they fly higher and land softer than fairway woods and long irons. Point is, don’t let your ego win.

John Rahm: Low Scores Start with Maxing Out Your Drives

There might be some par 4s where it makes sense to tee off with a 3-wood or an iron, but it’s rare to see me using anything but driver. I’m more comfortable with it. When it comes to scoring, I’d rather hit it as far down the fairway as I can and have a wedge in my hands for the next shot—even from the rough—versus a middle iron from the fairway. My strategy seems to work. I’m second on the PGA Tour in birdie average (4.5 per round) and third in strokes gained/off the tee. My goal with the driver is pretty simple.

I want to load up in the backswing and then use the ground in the downswing to generate as much power as possible. It’s a short-and-fast swing, with my legs and torso doing most of the work, so there’s not a lot that can go wrong. If you’re like me and would rather hit driver every chance you get—I bet you do!—here are some tips to help simplify your swing and make it your most effective scoring club. —With Ron Kaspriske

GET YOUR HANDS OUT OF THE SWING
This backswing position you see (below) is a checkpoint for me. I want to make sure I haven’t whipped the clubhead inside the target line with my hands. Taking the club back like that is a real power-and-accuracy killer, and if I think about what my hands are doing, I assure you my driving won’t be good. Instead, I want my torso, arms and club moving back together. You’ll know you made a good backswing if you feel it in your right hip. That’s the main thing for me. I want to load into that hip. If I don’t, it feels more like a stack-and-tilt swing where your weight stays on the left foot. You can’t hit it far from that position. Instead, I want to feel my weight on the inside of my right foot and thigh. When it gets there, I’m ready to swing down.

PUSH DOWN AND TURN HARD
To start the downswing, I want to push into the ground with my legs, which lets me turn hard and left with my hips and then the upper body. When I do this, it feels like the club is just being pulled into a great impact position. Again, I’m not trying to hit the ball with my hands. One thing to remember: You’ve got to keep turning—even after impact (below). I feel like I’m powering the club through the ball with my body rotation. In other words, don’t stop until you can’t turn anymore. For me, this produces a fade that feels really solid coming off the clubface. I guess you could say I just think aim left and swing hard left. Do that, and the ball gets out there a good way. Then just grab your wedge and go make birdie.